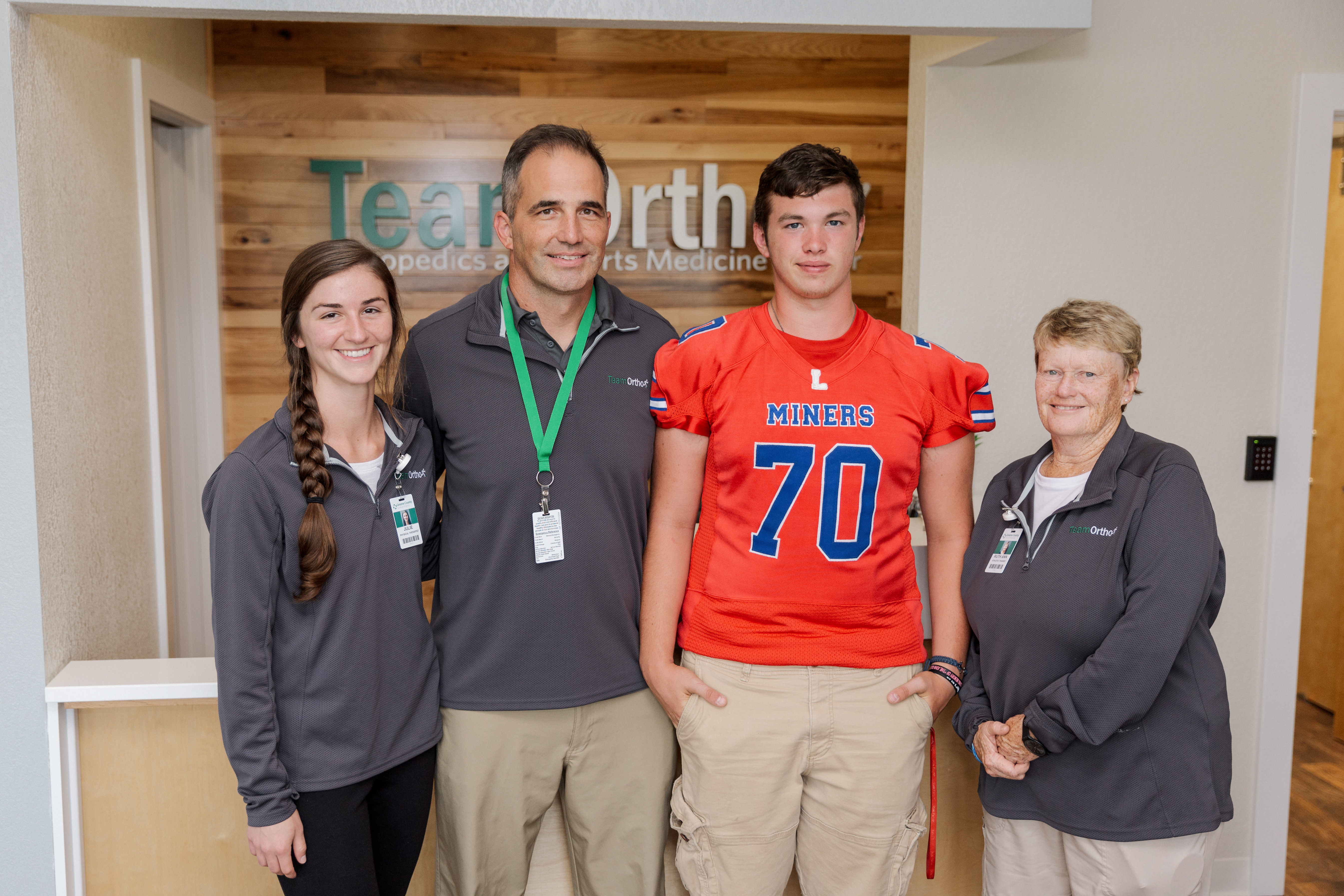 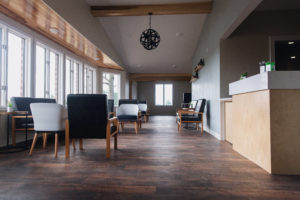 Dr. Hammerstein recently completed an orthopedic sports medicine fellowship at the esteemed Andrew’s Research and Education Foundation in Gulf Breeze, Florida. He began the fellowship to broaden his orthopedics practice by gaining experience in sports medicine. While there, he actively participated in team coverage of Division 1 football with the Auburn Tigers and oversaw local high school athletic teams.

He’s glad to be coming back to Indiana this year, “after growing up in small town America I have wanted to practice in a place like Greene County where patients are also your neighbors. I am looking forward to being involved in the health and well-being of the community.” To find out more about the Andrew’s Research and Education Foundation click here.

TeamOrtho is thrilled to offer athletic training to our local schools and communities. Our certified Athletic trainers help enhance performance by optimizing the physical health of student-athletes. They can show student-athletes how to properly prepare for high intensity exercise in order to minimize the risk of both catastrophic and chronic injury. In the event of an injury they can provide immediate care as well as support the student-athlete throughout the entire injury process. This includes preparing for surgery, post-operative care, rehabilitation and returning the student-athlete to competition. For more information about TeamOrtho’s Sports Medicine program call 812-847-3381.

Dylan is a graduate of Bowling Green State University. While attending BG he worked with their Division 1 NCAA athletic programs including: football, hockey, baseball, softball, men’s and women’s soccer and tennis. He also has experience working alongside physical therapists and primary care physicians. He believes that the most important aspect of a sports medicine program is educating athletes, coaches and parents on the current clinically researched methods injury prevention, care, and rehabilitation methods. The more that an athlete knows, the less likely they are to be seriously injured.

Ruth Ann graduated from Indiana University with a B.S. in Physical Education/Health Education K-12 and an M.S. in Athletic Training, becoming a certified athletic trainer in 1986. Ruth has decades of experience working with athletes. Ruth Ann worked at Indiana University as the assistant athletic trainer for women’s and men’s swimming, diving and water polo teams from 2000-2006. During that time, she was part of three Big Ten Championship teams and supported athletes of the IU diving and swimming programs. These teams competed in the 2000, 2004 and 2008 summer Olympic Games! Ruth Ann has also been a part of several athletic training and massage therapy medical staffs for USA swimming and open water national teams which have included trips to Barcelona, Montreal, Rome, Istanbul, Calais, France and Hong Kong for international competitions.

Jed Arseneau received his bachelor’s degree in Physical Education and Athletic Training from Eastern Illinois University in 2003. He continued his education at Indiana State University and received his master’s degree in Recreation and Sports Management in 2009. Originally from Loda, Illinois, Jed now lives in Terre Haute with his wife Betsy and his children Ella and Delaney. Jed joins TeamOrtho with experience in high school athletics for thirteen years and with an independent baseball team for two seasons. He has also worked with the USA Junior-Indiana Olympic Track and Field at the state and regional level. Since 2014, Jed has also worked with the USA Diving Team covering international and national meets.

Morgan Gallion graduated from Illinois State University with a bachelor’s degree in Athletic Training and a minor in Athletic Coaching. While attending ISU, she worked with Illinois State University’s volleyball, softball and football teams, Bloomington High School’s track and field, softball and baseball teams, Normal Community West’s football team, and at Ivy Rehab Physical Therapy. In the summer of 2019, she completed an internship with Carle Orthopedics and Sports Medicine.  Also, during her time at Illinois State, she was the treasurer of the Iota Tau Alpha, the athletic training honor society and a member of the athletic training club.

The next National Take Back Day will be Saturday, April 24, 2021 at Greene County General Hospital from 10:00 a.m. – 2:00 p.m. This event is a safe, convenient, and responsible way to dispose of unused or expired medications, prescription drugs and vaping devices. Participants can drive up to the hospital’s main lobby and a […]