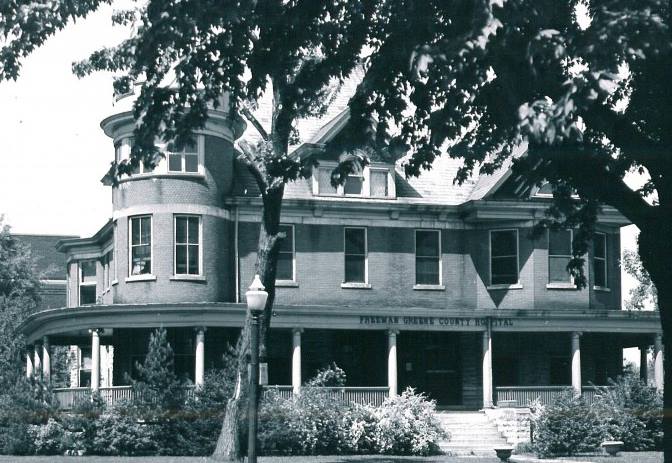 Freeman City Hospital, located on the corner of 4th and Northeast A streets, was established in June 1912. The county’s first hospital was formed when Mr. and Mrs. Job Freeman donated their two-story, Neo-Jacobean style home to the City of Linton to be used as a city hospital.

On Feb. 7, 1928, the Linton City Council adopted an ordinance, together with the corresponding action by the Greene County Board of Commissioners, that provided for the transfer of the Freeman City Hospital to Greene County, and in 1929, it began operating as Freeman-Greene County General Hospital.

The original hospital contained 22 beds. Employees included two nurses, a cook, and a part-time janitor. The size and quality of the hospital helped make Linton the center of the coal mining boom in the early 1900s. From 1912 to 1974, more than 14,000 babies were born at the old hospital.

The hospital’s first major expansion was in 1936 when an annex was completed. The annex included kitchen/cafeteria facilities, heating plant, and 32 beds.

The second expansion project was completed in 1954. This project included the addition of a surgical suite, delivery suite, X-ray department, clinical laboratory, emergency department, and 16 beds. 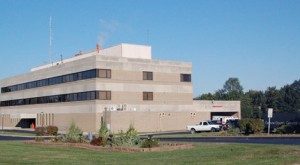 Construction on the new hospital was started Dec. 10, 1970. Greene County General Hospital opened its doors in April 1974. It is located at 1185 N 1000 W – which is more commonly known to locals as Lone Tree Road.

In 1997, Greene County General Hospital’s Ambulatory Infusion Center was opened. The infusion center – which offers patients a variety of infusion therapy options – is located on the second floor of the hospital.

In 1999, the obstetric department was completely renovated offering new labor and delivery rooms as well as new recovery rooms.

In 2003, Greene County General Hospital obtained a critical access hospital status, which limits the number of inpatient beds to 25.

In February 2012, the hospital announced plans for a $6.5 million expansion/renovation which will add approximately 8,500 square feet of space to the facility. The project primarily expanded the emergency department, however, the main entrance, lab, radiology, pharmacy, and physical therapy were also renovated.

The hospital also offers an outpatient clinic, a primary care clinic and a general surgeon on its second floor. Specialty clinics offered through the outpatient clinic include: cardiology, surgery, oncology/hematology, and pulmonary.

In 2019, the hospital also added an Orthopedic and Sports Medicine Center, TeamOrtho, located in the former Ridge Medical Center.